How to Achieve Success Culture in a 5 star* Environment

A book I often refer to help teams recognise areas that need work is ‘The Five Dysfunctions of a Team’ by Patrick Lencioni, which digs deep on five interrelated issues that undermine the performance of a team all in some way. So here are the 5 dysfunctions of a team and ways we recommend to counter them. 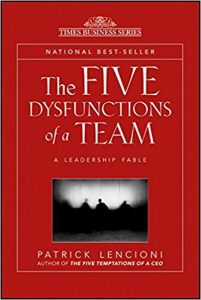 5 Dysfunctions of a Team and How to Counter Them

Without trust, teams cannot be completely honest with each other.

Honesty, openness and respect are key communication attributes of a success culture, specifically in building trust. A culture of trust can do remarkable things for an organisation. Research has shown people who trust each other are more productive, feel a higher degree of loyalty to their team and organisation, and are also known to give outstanding service.

What does trust look like in a workplace? Confidence. If you are a person your colleagues or clients can trust that means they have confidence in you. Confidence to:

Team Intelligence™ or TeamQ™ as we like to call it, is all about teams working together intelligently to achieve better results, reduce individual stress and create a success culture that galvanises customer loyalty.  It’s where teams build collaborative relationships, communicate openly, and identify strategies for moving forward, quickly and easily, as a cohesive unit to full potential.

It’s built through a process of establishing good habits in effective communication at all levels. 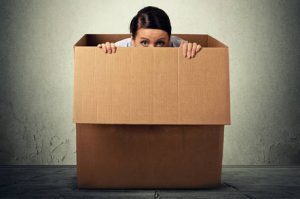 Without trust, teams can not have the healthy debate that is necessary to arrive at better understanding and decisions.

Again strengthening your Team Intelligence™ is how we help facilitate a safe environment for authentic conversation that has space for safe conflict.

Safety is a fundamental human need. Your team need to know where they stand – today and in the long run. One of the best ways a team leader can do this is to provide regular feedback on performance and clarify goals, especially during times of change. The trouble with feedback is that it is often heard like criticism which could counter the feeling of safety.

Start incorporating a culture where feedback is welcomed and acknowledged for the powerful fuel it is for breakthroughs in growth and development. Set up the right environment for casual, non-confrontational feedback.

Remember to demonstrate your trust, person to person, and you might even get to know each other a little better and build on your TeamQ™!

If a team is not aligned with a decision, then it can naturally be difficult for everyone to be behind and committed to that decision.

Answer: We’re in this Together

Not everyone in the team is going to agree all the time, and nor should they but they do all need space for healthy debate. A safe space where they can say “convince me” if they need to.

Amazon CEO Jeff Bezos shared his “disagree and commit” approach to healthy debate within teams in this Inc article.  ‘to “disagree and commit” doesn’t mean “thinking your team is wrong and missing the point,” which will prevent you from offering true support. Rather, it’s a genuine, sincere commitment to go the team’s way, even if you disagree. 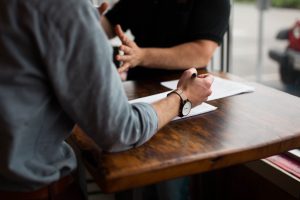 Of course, before you reach that stage, you should be able to explain your position, and the team should reasonably weigh your concerns. But if you decide to disagree and commit, you’re all in. No sabotaging the project–directly or indirectly. By trusting your team’s gut, you give them room to experiment and grow–and your people gain confidence’.

Having defined the right core values for your business and your team is also one of the best ways to keep your team on track and working toward commitment and your ultimate goals. We wrote this blog on defining your company values.

If they are not committed to the course of action, then they are less likely to feel accountable (or hold other people accountable).

Answer: Read this blog on Accountability

It breaks down the whys and hows of showing up and being accountable and details these top 5 accountability actions:

There are many roads to success, whatever form you hope that success to be, but the one action common for every single successful person, team or organisation is accountability.

Where someone has not held themselves accountable, and the other team members can call out less than optimal behaviours, actions, or a ‘dropping of the ball’; then you have true team accountability.  This is where although at times uncomfortable, Team Intelligence™ and Success Culture is at the fore.

This, according to the book is considered the ultimate dysfunction of a team and refers to the tendency of team members to care about something other than the collective goal. 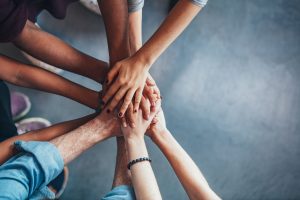 Answer: Create a Culture of Champions

We recently wrote about The Number 1 Secret of Highly Successful Teams. It was all about building a culture of champions. This isn’t about staggering performance results but rather people who voluntarily take an interest in the success of their colleagues, who want the very best for them and will help/support/champion them. This is the ultimate level of Team Intelligence™ and the glue for high engagement and retention. Here’s a snippet from the article to help explain:

Let’s look at the value of a straight question like: Why do we come to work?

Most people when asked ‘why do you come to work?’ Will first answer “money”. But that’s not the real reason why. That is not the motivation for getting up at 6:30 in the morning, rushing around, organising kids, or ironing shirts the night before. It’s because of the kids, or the house deposit they are saving for, or the next mission to help in a developing country. That’s the why. That’s the why they get out of bed for every morning. And when a team is engaged in each other’s why, they then understand why they should help each other. There’s an understanding of what their teammate is working towards.

When team members know why and what they are each striving for personally, and from an organisational view, they will be focussed on the right results.  Each person will not be focussed only on their own goals; they will be working to help their colleagues meet theirs too.

Instead of selfishly asking: “Why should I help you?.  Team members in a Success Culture environment say “I know why I should help you”.  That’s TeamQ!

If your team is struggling start breaking down the issues. Maybe look at the 5 dysfunctions of a team to see if you recognise anything. Then get to work on understanding – not just the big picture but the whole including what’s happening for the team personally and professionally. 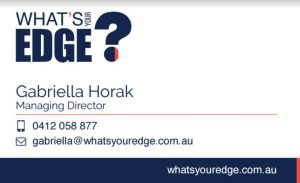 How to create a Success Culture