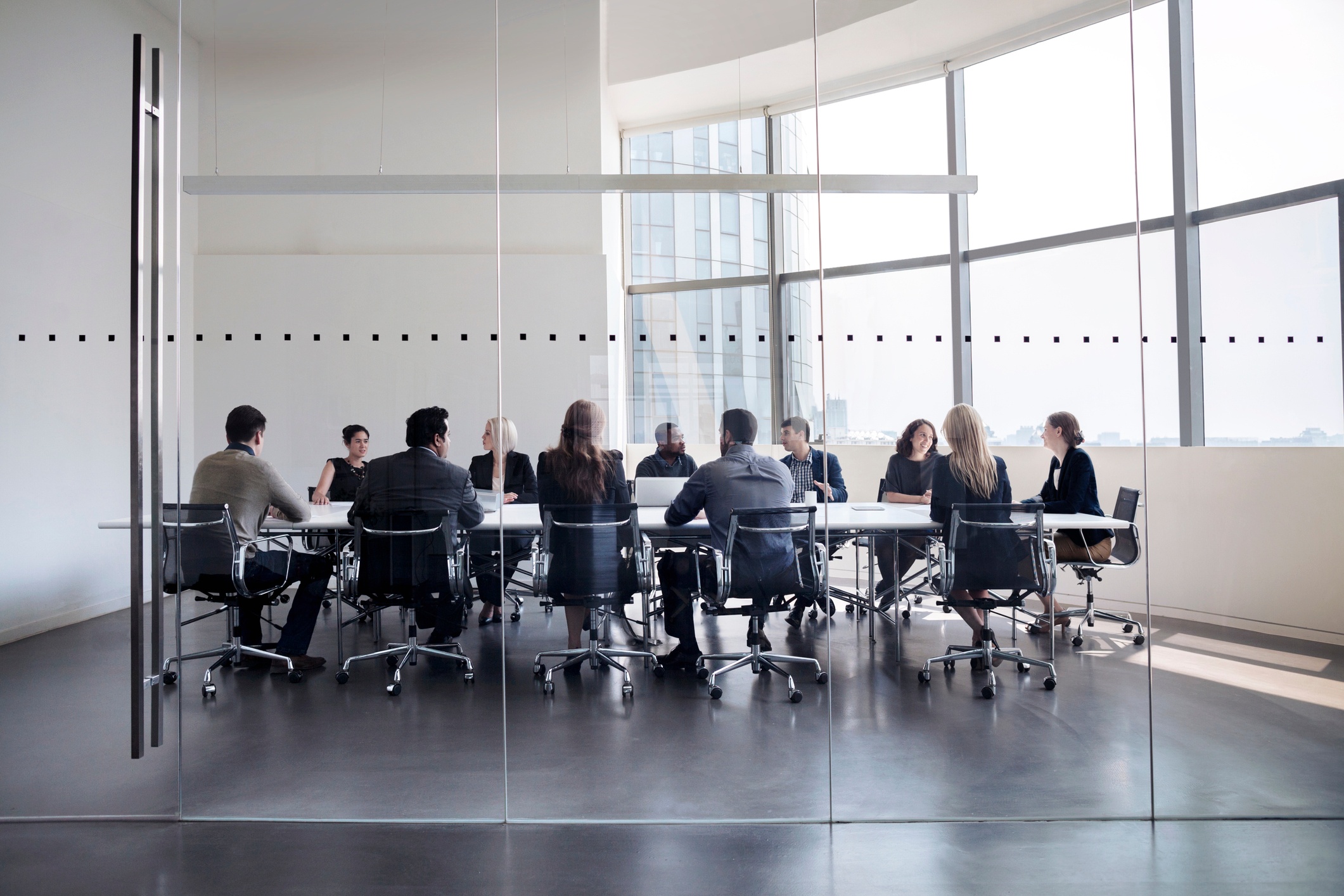 When there is a unified focus and commitment to support
and challenge each other in order to
propel the organisation forward in one direction.

Why is The Executive Team EDGE Important?
For executives to be effective leaders, they must transform, shape and influence the environment within which their people approach their work, collaborate with each other and engage and interact with key stakeholders and customers.

They are role models for their divisions. The strategies and behaviours that they demonstrate set the tone to their respective departments about what creates success in the organisation. They spend most of their time with their Senior leaders, influencing and shaping them and their teams.

The challenge for organisations is that as a result of Executives leaders spending the majority of their time within their own division, they become so close to their own teams and their goals, they sometimes forget they are part of another team- the executive team.

This often results in competing priorities, personal agendas and multiple areas of focus, which can work against moving in one direction, moving towards the vision and fulfilling the organisational purpose. It can result in a lack of clarity, inconsistent or conflicting communication, an internal competition mindset and silos further down the line.

What Will Give You
The Strategic EDGE?

Patrick Lencioni describes this as “First teams.” The “first team” involves being focused on the team you are a member of first and foremost.

In that team, there must be a unified focus and agreed priorities. The people who most need this to happen are the team the executive leaders lead. When the executive team role model to their teams collaboration, harmony and unified focus, they lay the foundations for cross functional collaboration and behaviours and a culture that sets the organisation up for success. 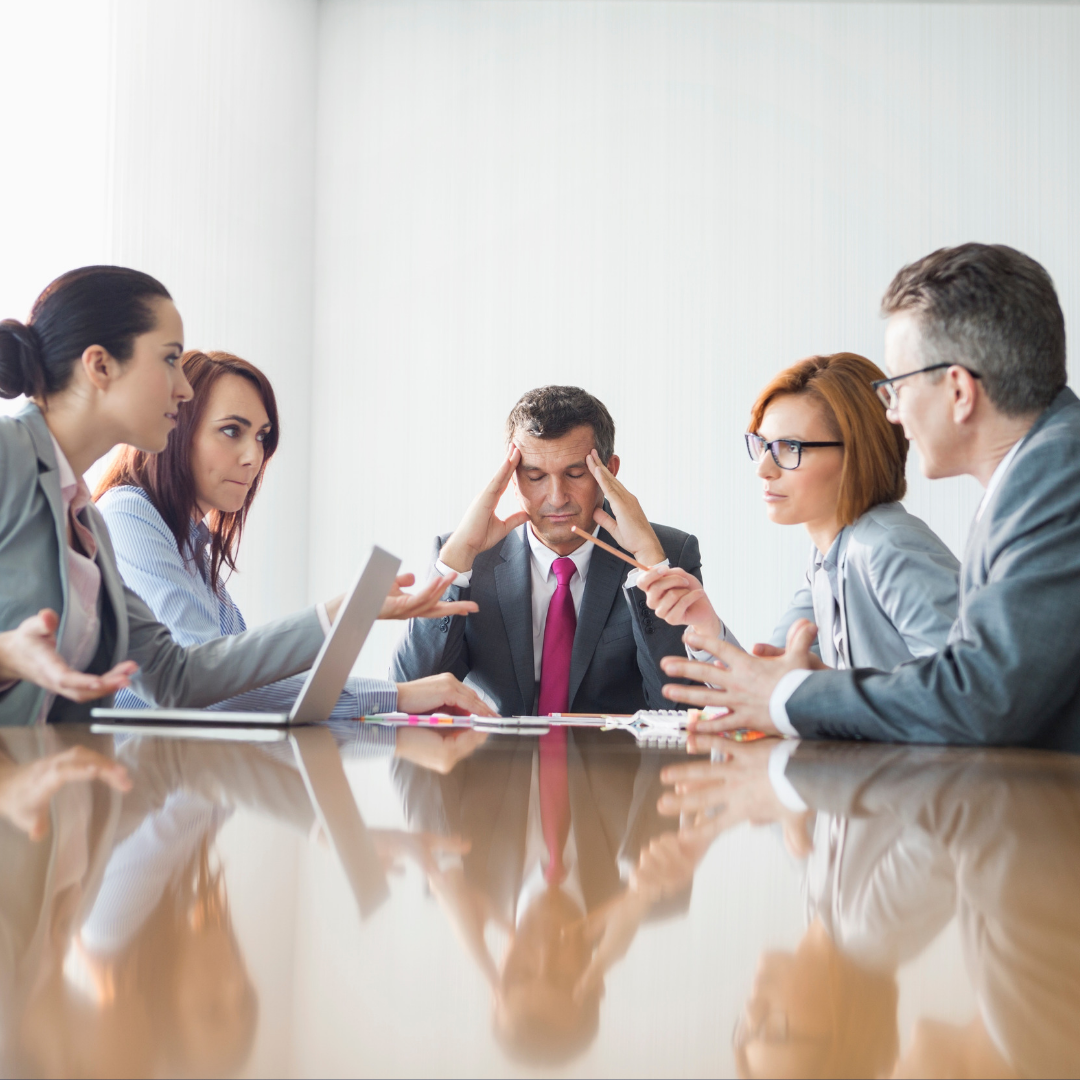 Foundational to this is the executive team working together to define Purpose, Vision and Values – the Strategic Edge. As well as this, they have to get their Edge as an Executive team, understanding how they are perceived as a team, how they are performing as a team and building Team Intelligence.


By investing in time together as a “first team” executive leaders: 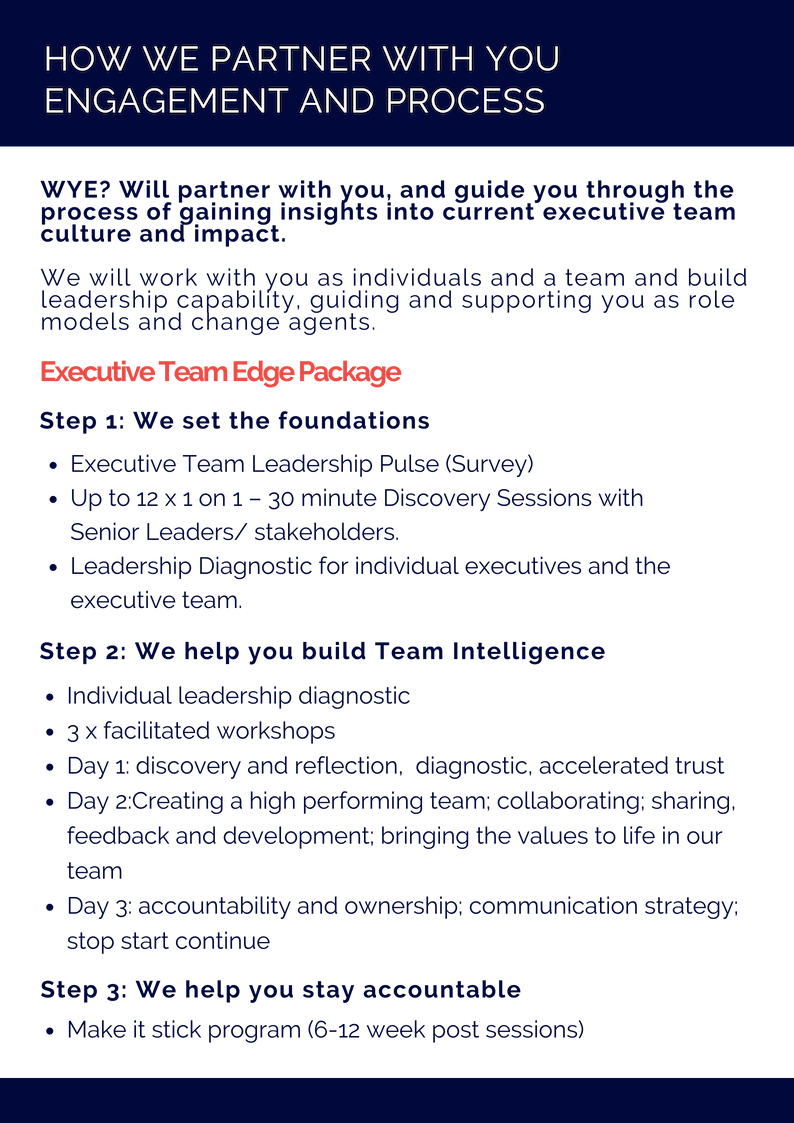 Want to Work Together?

Gabriella gave an energising, insightful and entertaining presentation to lead every member of the staff into their own DiSC profile. It has allowed all of us to consider how to work really effectively… and really value… our many colleagues who are the professional opposite to us. I would recommend What’s Your Edge? programs to other Schools and organisations that would like to engage their staff in next level communication for increased productivity, with their peers, and for true team intelligence.

Join hundreds of others reading a business book of the month and sharing
business insights and success in our Business Book Club on LinkedIn. 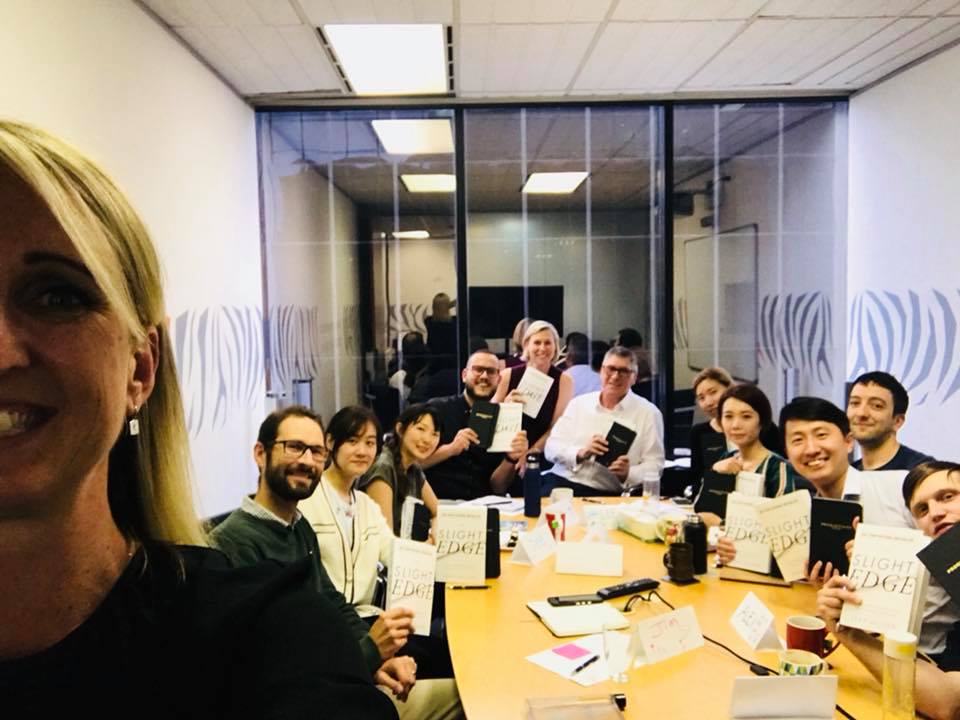 WYE? is trusted by